Brief History and Background of Shootfighting

In the 1970’s a form of shootfighting was created and by the 1980’s the Japanese created the Universal Wrestling Federation (UWF) and from this during the early 1990’s organisations like the Pancrase Shoot Organisation and Shooto were created. 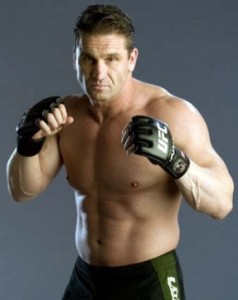 In the early days of Mixed Martial Arts and the Ultimate Fighting Championship, a few of the top fighters were shootfighters, the most well known being Ken Shamrock. The name shootfighting is now seldom used as it is now a registered trademark with Bart Vale’s hybrid system. Bart was a champion shoot-style wrestler and founded the International Shootfighting Association (ISFA) who now governs the combat sport of shootfighting.

There is only a heavyweight division for professional fight matches, but there are lighter weight divisions for amateurs. Fights are won with a 10 count knock down or if an opponent has been knocked down 5 times or submits. With full time matches being a draw.

The fighting skills are mainly made up of grappling and striking moves. The use of kicks, knees or elbows to any part of the body except the groin are allowed. Punches are allowed to the body, but may not be allowed (depending on the school/club) to the head, groin or neck/windpipe, however open hand palm strikes and slaps are allowed to the head, even to a downed opponent and some organisations even allow headbutts. Various types of throws or any takedown is allowed. Joint locks and chokes play a major part and as shootfighting teaches the fighter to end the fight quickly, often the moves taught can be quite brutal.

Training can consist of splitting the required skills into concentrated sessions, such as strength training, endurance/cardio/conditioning/speed workouts, wrestling/grappling/submission training and standup fighting skills.

Clothing worn can vary depending on the school teaching, but mostly will be similar to that of MMA fighters, such as, a rash guard (spandex/nylon/polyester T-shirt), compression shorts, boardshorts or other fight shorts.