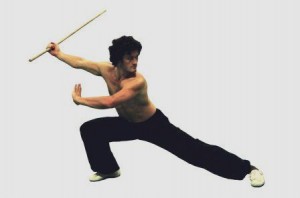 Which Martial Arts to take up is a question many people ask themselves. A lot will come down to personal tastes, wants and needs. However many will be limited to what is available to them locally. Why not take a look through this guide, to help you decide which martial art may suit you best.

Firstly let me say that martial arts has now become one of the most popular pass times in the world and is still on the increase. There are so many types, ancient and traditional all the way to modern hybrids, that cover everything from general mental, spiritual/religious and physical health, sports competitions, weapons based training and street/war self defence combat systems.

The term martial art comes from the Roman Greek god ‘Mars’ who was the god of war, giving us the ‘Art of War’. The term now covers just about any fighting system, which encompasses both Western and Eastern cultures.

Although it is likely practised martial arts existed before 1000BC, there is very little documented, although from around 500BC evidence can be found of Chinese/Indian martial arts, Greek wrestling and boxing and Roman gladiatorial combat being used.

From then on with warring states and countries both armed and unarmed combat systems have been developed and used by both the military and civilian population.

What you will find on this site are:

26 of the most popular martial arts (this is not a definitive list).

Each Martial Art listed has:

Also why not checkout the section on street defence arts/combative systems.

Section on Martial Arts of the Olympics:

Each Olympic Martial Art listed has:

Looking for a way to manage your martial arts school more efficiently? Sign up with Spark Membership today and see!